COVER BY Silvia Bobeková Art.
DESIGN BY James Murray.
PROLOGUE: Antoine de Saint-Exupéry once described a vision about a group of men living in the desert, who never saw a tree. For all their lives they saw just a grass and bush. There was one poet among them and he said: „You don’t know, what tree is, let me tell you about one. He grew up by accident in an abandoned house without windows, searching for a light. Just like we need to be immersed in oxygen and fish in the water, so does the tree need to swim in the light. As his roots need to be grounded in soil and his branches need to touch the sun, the trees are mediators that are connecting us with the stars. The tree struggled in darkness but finally broke the skylight and flamed victoriously towards the sky. In the fullness of leaves he unfolded his patulous crown, nourished by gods in sunny feast. Every day I observed his fate. By the dawn he woke singing with the birds and like good-natured shepherd he released all this treasure towards the sky. They flew away and let him be alone till the evening. My tree-my house, my tree-my castle.” Thanks to this story I understood, that you need to perceive things for a long time to let them be born in you like this…

We can live our lives and think, that what we know and see is everything there is. But for example thanks to the infrasound, we can hear singing of Blue Whales or the sound of aurora borealis with radio. There are certain things in the world that can’t be touched, caught or seen. There is hidden world on almost every level, behind almost every doorstep. Our senses and emotional horizons are so limited and we can observe just tiny part of the spectrum. If we are not aware of them, we don’t even know if there is something beyond the horizons to love, understand and protect. I hope, that if we are able to uncover the profound beauty of things, that seem to be hidden, it is possible to become more humble and appreciative of life around us. (Lukáš Bulko, 2018)

EN: One cold winter night
the wind blew at midnight
It whooshed
it immersed.

Pillows of the night
oh, fog of the ocean.

In the depths eyes impressed.
You say: “Water is dreaming dreams
we are safe in here.”
Dance of incredible beings.

03 BRIDE OF THE MOUNTAINS

EN: Rivulet is splashing
in the distance
is rolling
creamy fog.

Mountain rustles silently
in morning dew
barefoot
I am washing my feet.

The song graces this moment
my hands and palms
from odorous flowers
will knit the wreath.

Gentle embrace of meadow
in the nature
you and I are
accepted / by-I-you. 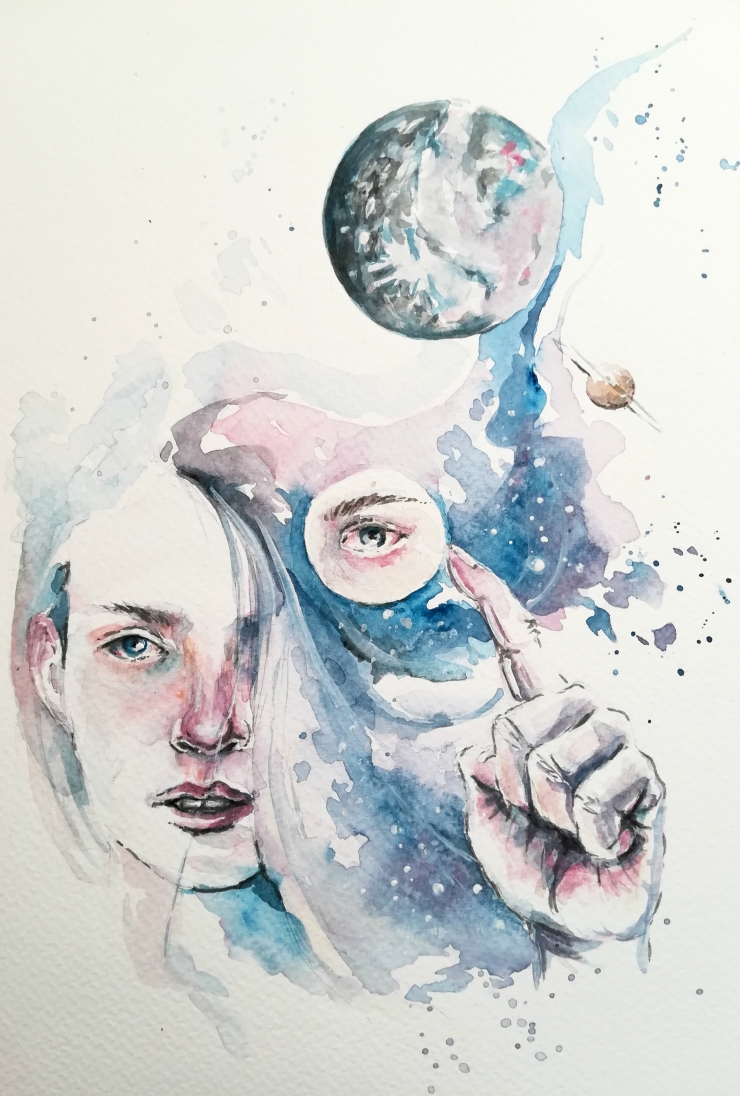 WRITTEN BY Lukáš Bulko in 2015 & 2017.
LYRICS BY Lukáš Bulko.
VOCALS BY Alex Lukáčová and Marián “Hviezdoslav” Hridna.
MIX BY Adam Dekan and Lukáš Bulko.
MASTERED BY Adam Dekan.
LYRICS: Môcť tak štíty odbúrávať a pritom ďalšie nevytvárať. (May the shields be eradicated and may not be more created.)
PAINTING Silvia Bobeková Art (painting for the song, 2018). 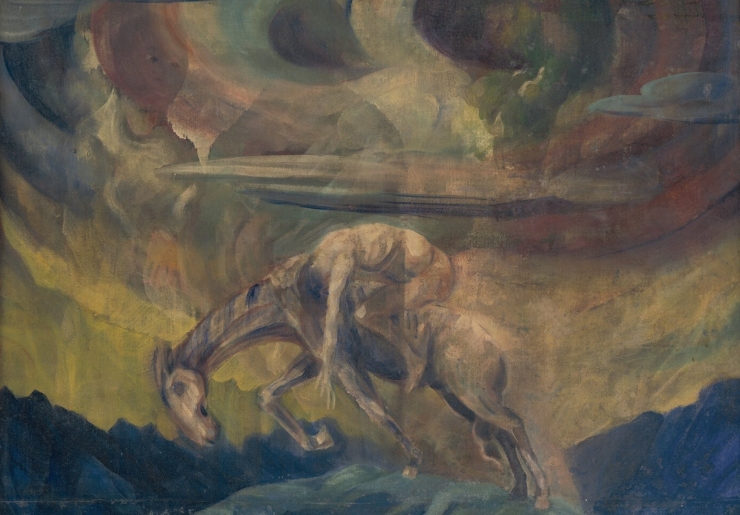 ALAPASTEL – HIDDEN FOR THE EYES / ABOUT SONGS:

Two songs 01 ENCOUNTER and 03 BRIDE OF THE MOUNTAINS, are inspired by summer nature, classical book by Slovak writer František Švantner and deep experience of fascinating harmonies and tenderness of Slovak traditional folk songs typically used during the mowing of the meadows. Tracks are also the result of an effort to give respect to the extraordinary altered state of consciousness experience, in 2013. The kind of experience that can last only a second, but can influence your life forever. 02 SEASHELL, its composition and lyrics are the result of integration of nice company and altered state of consciousness experience in 2009. 04 FROZEN LAKES FOG AND SNOW was inspired by a calm, pleasant and accepting company on one winter walk from the blocks of city to the mist of riparian forest near Bratislava. 05 SOLAR SYSTEM FOR NINA is a farewell to a girl who decided to leave this world in 2015. She was probably the most kind-hearted creature I met in my life. The symbolism of the song is based on “prayer” for freedom – “May the shields be eradicated and may not be more created.” Recitation / singing of this text resonates with the opening of three different parts of the composition that symbolize my idea of 3 planets of an extraterrestrial solar system somewhere in the Universe. All planets combine the same motif as the symbol that it is the same star system. It is a string loop that is slowed down during the first two planets and symbolizes the gravity and rotation of the planet. Since I was deeply convinced that Nina is now free, I imagined what it would be like when she visited them when she wanted to. The planets descend gradually from the farthest to the closest to the central star. The first visited planet is rotating in the opposite direction, wrapped in a thin atmosphere, less massive than Earth, but too cold to have life. Its surface, however, offers breathtaking views and stunning auroras borealis (whistling crackling sound is a aurora borealis radio record). From 2:52 begins the middle and the most massive planet – the iovian gas giant. There are peaceful areas on the planet, but huge tornadoes, unbelievable storms of enormous sizes and catatonic forces are still prevailing. From 6:16 the third, closest, smallest and warmest planet comes. It is a green, living oasis. There are countless beings who are in harmony with themselves and the world they live in. 06 TOUSLED is the portrait of a person I once knew. 07 DEMON catches very sudden and intense awakening into the cruel essence of today’s late-modern society, viewed as a deeply narcissistic (inability to see another perspective as its own). The citizens of this society can be seen as closed individuals, exhausted by the war with their own selves. It was composed during the psychological exhaustion by the extreme collapse of the relationship. 08 PEACEFUL SOUL IN CALM OCEAN. This piece is about depths of subconscious, about searching for constructive compassion with oneself. Based on the idea of waves drifting somewhere between immersing into the endless ocean depths and overlooking the starry sky and at the same time learning the concept of “Nonviolent Communication” by the Rogerian psychologist Marshall Rosenberg. You can introduce this concept with saying: Most people know what they want, only few truly know what they need.

THANK YOU: Alex, Adam, Marián, Silvia, Libuška, Ľuboš and James for magical moments in the creation of this project. Thank you my dear friends and family that you exist. (LB 2018)